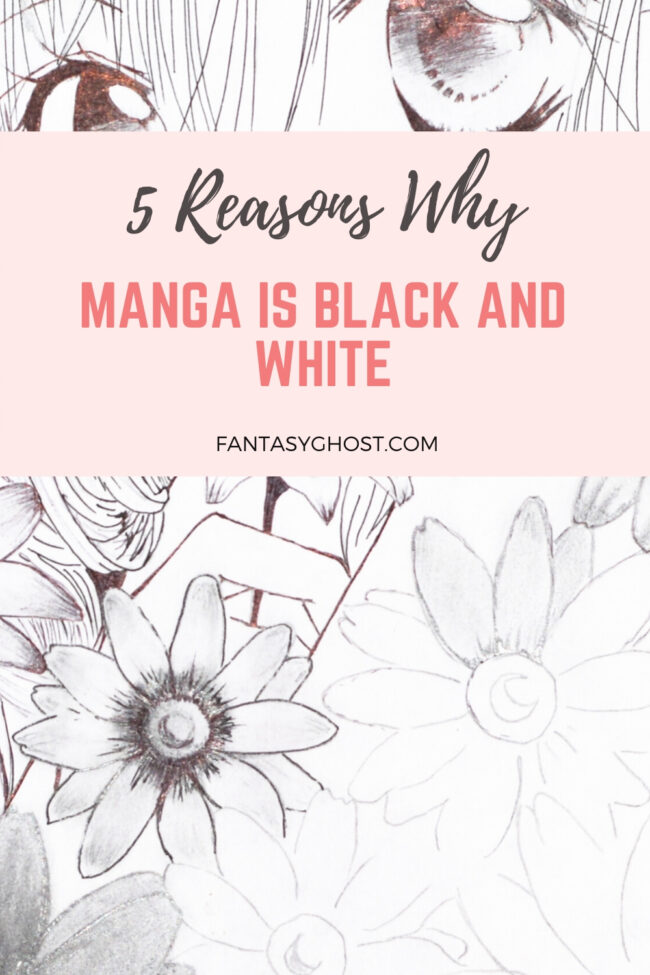 If you started out with anime and you are itching to read its original content which is the manga, you might be expecting the world of manga to be as colorful as the anime.

But then, once you open your newly bought or downloaded manga, you are let down to see the black and white images. You then check out other mangas and end up seeing the same monochromatic drawings. Why is manga black and white?

Manga is in black and white mostly because of time and cost constraints. They are published weekly and the mangakas cannot keep up with the schedule if they add color to them. The lack of color also costs less, but this does not mean that it is less in quality. Further, it is done due to tradition.

It is wrong to say that all mangas are black and white, in fact, you may still find some that are colored. However, the thing is, these colored mangas are extremely rare.

Not that they are special, but the mangaka might just have enough time to color his work. Do you want to know more about the reasons behind this drawing choice? Then, keep on reading!

Why Is Manga Black And White: The Reasons

More than being an artistic choice, mangas are black and white due to economic reasons. Does this mean that if there were more resources, mangas will be fully colored? Not necessarily. You can take a look at the following reasons below.

This is the biggest reason as to why mangas are black and white. For those of you who do not know, mangas more often than not released in phone book sizes. When compared to regular books, these are your pocket-size books.

Further, they are released every week and their original target market is school kids even those who are still in elementary. Therefore, the price of mangas should be in a price range where they can afford it, without leaving a dent in their allowances.

In order to achieve this, but still, maintain the quality of the manga, publishers use recycled paper that is cheap. Moreover, they also just use one color of ink. In this way, they can publish 300 pages or even 600 pages of manga that can still be very affordable.

In fact, you can find a very thick manga for less than $5! Another thing to take note of is that mangas do not have a lot of advertisements in them.

Compared to comics or webtoons, they only have 5% of advertisements. This means that they are not heavily supported by advertisers that can help with the cost of producing the manga.

You may ask, “Then why not get more advertisers to get more money for production?” This is actually a good point. However, for mangakas and the publishers, mangas should not be like magazines where there is an advertisement on every page.

They would rather fill the pages with stories and incur more expenses, rather than selling out to advertisers.

It is such beautiful reasoning is it not? In order for us to get more content, they would rather go through cost-cutting strategies instead of bombarding us with useless material. 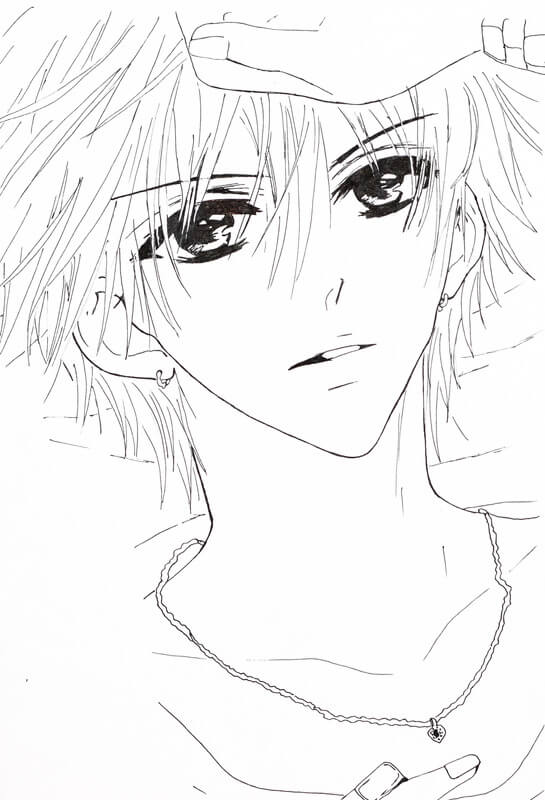 It is hard to fathom the idea that mangas are just done by a single person. But yes! For most mangas, even the best-selling ones, they are solely created by the mangaka. In short, he or she has to draw and even ink at least 40-50 pages a month!

For example, one assistant can be tasked to do the filling of the black areas. Another one can draw the details of the background. Then, another assistant can lay down the tone. Even then, the manga is not yet done and that does not even include coloring!

As for the mangaka, he usually inks and draws the characters. For the rare times when there is color, he is the only one who will color those pages. Therefore, it is very easy to conclude that even with assistants, the distribution of work is still unequal as everything lies on the mangaka.

Comparing this to comics that are released every month or every other month. There is enough time to do everything. The creator does not need to check with others as they all have their own work like letter writers, inker, penciler, writer, graphic designer, colorist, etc.

Therefore, if the others finish ahead of time, there is more than enough time for the colorist to do his magic. On the other hand, for mangakas, they nitpick everything that their assistants do, even to the point that they will start a page all on their own.

This is the driving force of keeping mangas black and white. Mangakas and publishers are motivated by their printing deadline. It will be shocking to note that they rarely extend or miss their deadlines. That is exactly how disciplined they are!

When comparing this to comics, artists have a lot of time to prepare and actually create the pages. For mangakas, everything is done daily as again, they publish weekly.

Even if they plan ahead, and start drawing future pages, the deadline will eventually catch up to them as their previous work a week ago has already been published.

In fact, it is fairly common in publishing houses to see mangakas (sans shower and dinner) running to their editors to submit their quota for the week which will be published 30 minutes later.

The video below shows you the process of creating a manga and how much work it is. We highly recommend watching it as it is soo interesting to see how dedicated and hard-working mangakas are.

Mangas have been in existence since the 19th century. Therefore, it is a given that everything is in black and white. When it rose to popularity, of course, other mangakas followed suit and were able to publish mangas that are also in black and white.

If at first, it was only done due to the fact that there are no other coloring options, now, it is the staple of mangas. It is now a part of the medium, therefore it is a tradition that mangas remain black and white.

For lack of a better way of putting things, the black and white aesthetic makes manga stand out from webtoons and comics. It is the epitome of being a manga.

There is something special about being able to convey stories and emotions with something as simple as using black and white materials. The same goes for watching classic movies that are black and white, they just have a certain charm to them.

The use of black and white is actually a mood in itself. With that, black and white manga paved the way for artists to perfect their techniques in black and white art. Even without colors, they know how to make the characters pop and the story to come to life.

Does this mean anything? Sometimes, they have a special meaning, but more often than not, it happened due to time constraints.

At first, maybe the mangaka thought that he can complete an entire volume with color, but realized that he cannot meet the deadline if he continues to color the pages.

On the other hand, there are times when a certain page has color. These pages have significant meanings. Usually, this happens when there is a shift in the characterization of the protagonist or if there is such a huge loss in the story.