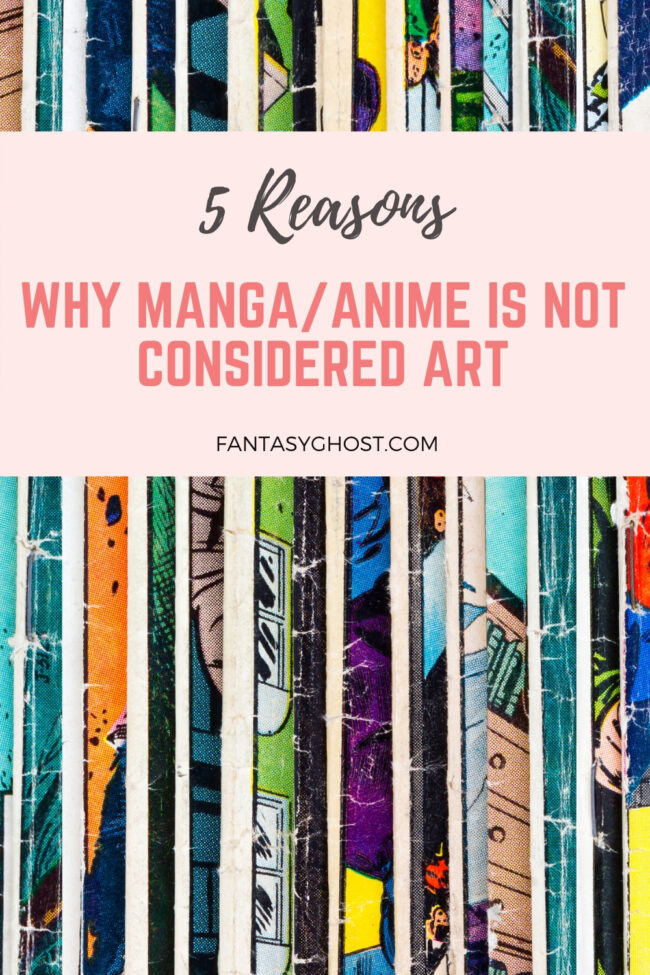 Anime is a form of animation that is hand-drawn and traces its roots in Japan. The name, essentially, means ‘animation’ in Japanese. It has grown in popularity among all age groups across the world, with many aspiring artists attempting to draw anime in order to sharpen their skills.

However, there are many people who don’t consider anime to be a legitimate form of art.

Anime is typically not considered to be a form of art because it is seen as being rather simplistic and not something that would allow aspiring artists to grow in their skills. Art teachers may argue that it does not allow artists to have their unique style, as they are forced to replicate a style that already exists.

Despite the fact that there are many people who love anime and enjoy drawing anime (we absolutely love it), they may run into issues when they find that their art instructors often will not accept anime as being a form of art.

This may be a source of discouragement for many people. But in this article, we will attempt to discuss some of the reasons why anime is not considered art.

What is Considered Art?

First, it might be important to determine what art is before getting into the reasons why anime typically isn’t considered to be a form of art.

Art is usually defined as being an activity in which a person expresses their imagination through audio, visual effects, or performances. The intention of art is for someone to express their feelings and imagine, as well as to create beauty.

As implied above, art may be expressed in many different forms and isn’t limited to painting or drawing. For example, a musician, architect, sculptor, or author may also be considered an artist.

But for the purposes of this article, we will discuss the visual arts that are typically associated with artistry – drawing, and painting.

Reasons Why Art Teachers Believe This

Some students have expressed their discontent on online forums about how they’re not allowed to draw anime in their art classes.

It’s certainly true that many art schools in the West, particularly in the US, do not consider anime to be a form of art and art teachers will discourage their students from drawing in this style.

For lovers of anime, this can be seen as a form of discrimination or an underappreciation of their passion. Also, since the definition of art seems to have a rather fluid meaning, it might cause a lot of room for disagreements.

However, there are a few reasons why anime is discouraged in art schools, which we will outline below.

1. Anime is too easy

This seems to be the most common reason why art teachers don’t let their students draw anime. The purpose of taking art classes is to grow in your skills as an artist.

But anime has its own specific style (large eyes, plenty of colors) and students can simply copy drawings that they’ve seen in their favorite anime films. Usually, teachers will advise their students to draw something that is realistic and life-like in order to help enhance their skills.

2. Anime can be replicated easily

Going along with the point about anime being too easy, it can also be replicated. It’s not very original and does not leave much room for the artist to explore their creativity.

Usually, people drawing anime will take themes from mainstream anime and that greatly limits their ability to be original when they’re on the path to becoming an artist. Art teachers want their students to be able to hone their skills and use some originality in their work.

3. Art teachers can’t tell how the artist is developing

This is an important factor to consider. Art teachers need to be able to tell how their students have developed over the course of time as artists.

They also need to be able to see how each student’s artwork differs from the other, but it’s different to do so with anime. This is due to the fact that, as we mentioned, anime seems to be lacking in originality.

For an artist to have a successful career, they need to be able to have their own personal style, which art teachers argue anime does not give them.

4. It doesn’t allow artists to explore other genres

Artists are typically educated on different artistic concepts and they’re encouraged to grow and establish their own style.

Anime, however, according to art teachers, tend to keep aspiring artists in a small bubble that won’t allow them to grow deeper in their understanding of the world of art.

When getting into art, it is important to understand concepts such as shading, shadows, the structure of the body, and realism. It’s absolutely critical that beginners are able to draw people and other things as realistically as possible.

So, many art teachers believe that anime is not a good place for an artist to start.

Why Is This the Case in the West?

As suggested, anime is typically not considered to be art in the West, especially in the United States. This brings forth another question as to why anime might not be considered art… is it due to racism?

Of course, the anime community has since expanded and the influence of Japanese culture on the US is also growing.

In addition, many people in the West consider anime to be something for amateurs. It would be very difficult to get anime placed in a museum or appreciation from many patrons and artists.

There are several factors that have to be considered before something is seen as a great work of art, such as its originality, consistency, and logic. It also usually needs to be seen as timeless.

Could racism be an element to why many refuse to see anime as a form of art? It’s certainly possible for some people, but the main reasons are because of how easy anime is and how it seems to lack in originality. 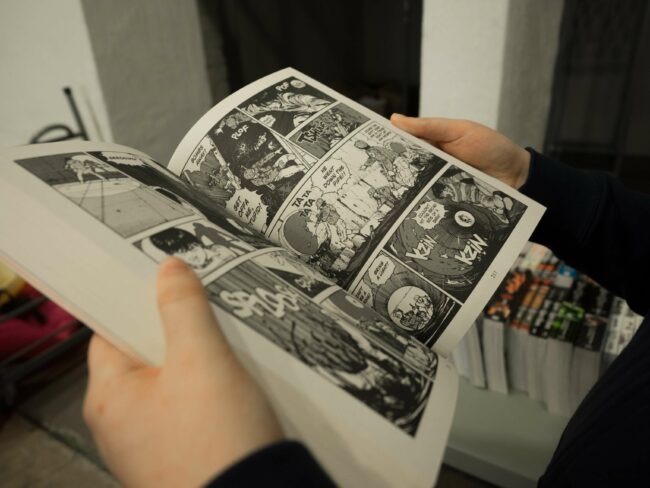 Art teachers do not believe that it will help an artist expand in their personal style, which is one of the most important things an artist can have in order to be successful.

It especially is not the best place to start for a beginning artist because they will not gain basic knowledge on how to draw realistically or other concepts such as shading and body structure. So, art teachers discourage their students from drawing anime.

The reason is not to dissuade people from following their passion; instead, it’s mostly to allow people to grow in their skills as artists.