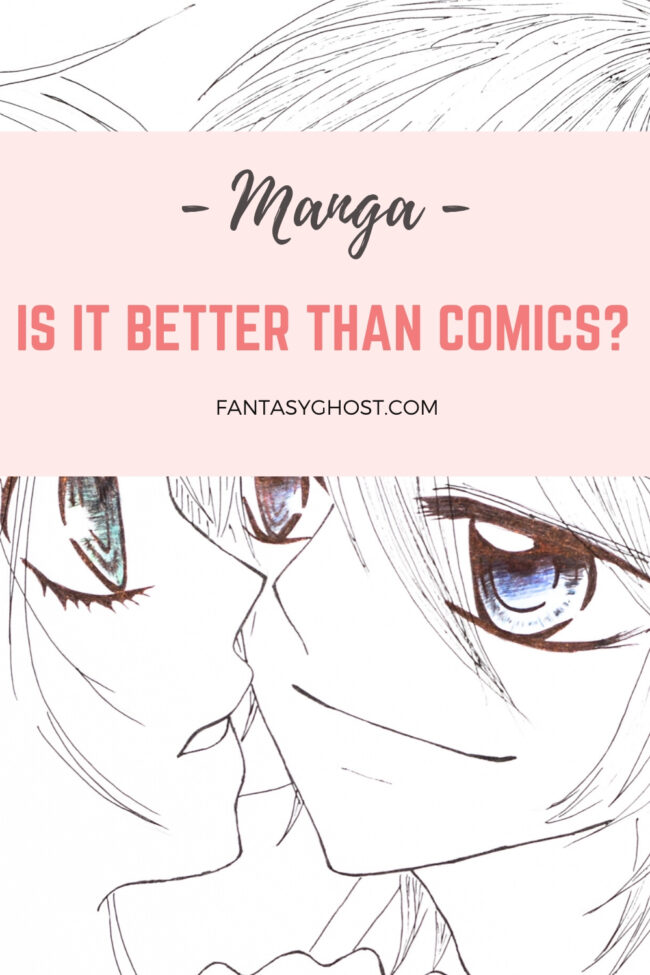 Is manga better than comics? A lot of people tend to lean towards team manga. The reason behind this? A lot of people think that mangas have more thought into them not only with the stories but the drawings as well. Is there any truth to this?

Or are they on different levels that they cannot be compared with one another?

Manga is not better than comics, in the same way that comics are not better than mangas. They have the same idea where there are unique characters and plots in printed media. But they differ in a lot of aspects i.e.; distribution, flow, and even format. Your preference is key to know which is better. When it comes to sales numbers, manga do much better than comics.

Are you let down by the answer? Well, keep reading for you to understand why one cannot be compared to the other.

In face value, they are pretty much alike, but as you read through this article, you will discover their huge differences. Are you team manga or team comics? Read on to find out!

Is Manga Better Than Comics?

It is unfair to choose manga over comics over the fact that manga is like a perfected art, whereas comics are some graphic stories in steroids. But it is surprising to know that a lot of people prefer manga, even those who are from Western countries.

Is it the Asian appeal? Or is manga really that great?

In light of being fair, in general, manga focuses not only on the art itself but also in cultivating the characters. On the other hand, comics are fast-paced, have complex storylines, and realistic graphics.

With those in mind, it is really hard to tell which one is better as they appear to be different types even though they are produced in the same media. This is why it is crucial to know your preferences in order to know which one will work best for you.

Are you still not convinced that manga and comics are different? Or do you still think that manga is the Japanese version of comics? (Yikes!) The answers that you are looking for are in the next part.

Differences Between Manga And Comics

For those who are still hammered to the fact that manga and comics are the same, these facts may surprise you! From creating content to their distribution, there are certainly huge differences.

Definitely, there are more differences like cost, length, writing style, etc. But the following are the main differences between the two.

Mangas are sold by “tankobun” meaning books or in weekly magazines. They are also printed in black and white, and they are pretty thick—almost like a digest.

As mangas are distributed this way, it is extremely easy to keep up with the story and the different adventures of the characters. Further, as they are not only limited to 30-50 pages, you get a deeper look into the world reflected in the manga.

One can say that it has the effect of a slow burn.

On the other hand, comics are more often than not, distributed through magazines. They are also estimated to have 32 pages to 50 pages. Moreover, everything is colored and glossy.

Comics do not get released weekly, but they also have editions that can be collected, much like the concept of manga. However, instead of continuing the story, they create these collections if there is a special story arc or varying parallel universes.

Also, comics come in a lot of options like collections, graphic novels, individual issues, etc. For manga, their distribution is uniform. In the event that there is a volume that is different than the rest, it is still viewed as a collection that ties in with the previous volumes.

There is such a huge difference between the format of manga and comics. For comics, you just read from left to right or from top to the bottom of the page.

However, for mangas, the readers should follow the speech bubbles and art. This is done before reading from left to right or top to bottom.

In short, for comics, the format approach is more direct. There is also additional information at the start of the pages or in the end, which are followed by back up images.

For mangas, the readers are consistently guided through the pages, and they direct the reader where they should look next. This is also why it is very natural to read mangas backward. With comics, you cannot do this.

One may not realize it, but the way characters in comics are designed is singular in nature. From the very beginning, the characters are already strong and know their inherent powers. In such a case where there is a shift in power, the plot always calls for a massive turning point.

A good example is that of Superman. He cannot will his inherent powers were it not for the fact that his mom or his lover were put in danger.

The same goes for Thor. He was not able to realize that he can control thunder without Mjolnir if his world was not put into the brink of extinction.

If there are any upgrades, it is always based on the will of the character to materialize his inherent power, or there are weapon or costume upgrades. This rarely happens in mangas.

For mangas, the characters are consistently trying to be the best that they can be, may it be to harness their inherent power, or learn a new one.

This is also the reason why a lot of Youtube videos that pit manga and comics characters together, almost always end in the defeat of the comic characters.

Manga characters may start out strong, but by the end of the manga, it is extremely clear that they became stronger. A good example of this is Luffy from One Piece.

He is already strong, but he made it a point to himself to become stronger, not just because the situation calls for it, but it is his mission.

The same goes for mangas that do not fall within the adventure or action category. When a character starts out as being a bit stupid, you can expect that by the end, he or she is one of the smartest people in the group.

Another thing to consider is that in mangas, they do not replace protagonists. An example of this is Goku from Dragon Ball. He might have left the fight for Gohan, his son, but he is still the protagonist. It is extremely rare to see replacements for protagonists in manga.

On the other hand, for comics, there are new characters that take on the previous titles. Examples of these are Batman getting a new Robin, Captain America passing on his shield, etc.

Mangas surely know how to capture their readers by sticking to the main story plot. Even when some volumes deviate from the original mission or adventure, it is always still tied in with the main plot.

Additional points are given for manga for enhancing the character arcs with each deviation.

The story style of manga can be pictured as a diamond. Everyone starts with a goal in mind, and then they go on to different paths to establish their character and stories.

But in the end, they all meet at a single point, and the reader will realize that the story deviations made the last “diamond point” more meaningful.

As for comics, one cannot picture an exact shape for it. All of them are connected. This is obvious when the story becomes stagnant.

Instead of adding to the character arcs, they usually release a parallel universe or even a dark universe of a specific character. Some characters may pop up in other comics, which will then be continued to the original comics.

This is the reason why it is impossible to predict a sequential way of reading comics as almost all of them are connected. As opposed to manga, where they stick with the story and just add a spin-off if they feel that the character requires it.

5. How Well Do Manga Compared To Comics?

At the moment it seems that reading manga is more popular than reading comics. A good indicator for that is that manga sales go up and comic sales go down. Besides that, the video below has some more reasons why manga do better than comics at the moment.

We highly recommend watching it!

Which One Is For You?

Surely, by now, you realized that you simply cannot compare manga and comics as they are very different. Even if they appear in the same media, they are definitely on separate levels. So how do you know which one is for you? Aka the better one that will suit your taste?

Here is a quick cheat sheet: