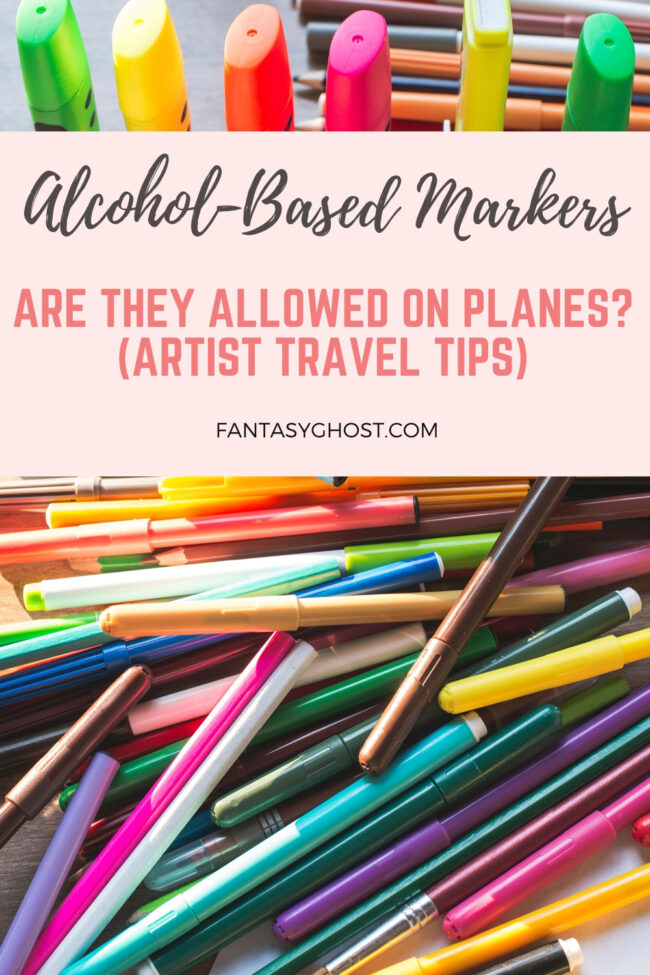 As an artist, it’s imperative to have your equipment with you at all times. Inspiration can hit at any time, and it would be a waste not to have your supplies with you to express it. When traveling, new places, and unique architecture stimulate an artists’ creative mind.

Then, ideally, they’d whip out their markers and start sketching the amazing scenery. Since most amazing markers such as Copic are alcohol-based, many are left wondering whether they can actually bring their equipment on-board, since it’s known that alcohol is a flammable liquid.

Are alcohol-based markers allowed on planes? The answer is not that simple. It varies from airline to airline, but the general rule of thumb is that you can bring your alcohol-based markers onboard as a part of your checked-in luggage. However, you should avoid bringing them in your carry-on bag.

Alcohol is a flammable liquid that can pose a security threat to everyone else on the plane. Although many airlines will allow you to bring your markers in your carry-on, others are likely to throw them away during the security check.

If you’d like to avoid potentially losing your valuable equipment, just put them in your checked-in luggage, and you’ll be good to go.

Why Are Alcohol-Based Markers Not Allowed on Planes?

Alcohol-based markers aren’t prohibited, per se. However, since the pressure in the airplane cabins is very high, there’s also a risk of your equipment blowing up.

There have been many instances where, due to the high pressure, artists were left covered in ink when they opened their markers. Even though cabins are pressurized, there is still a slight difference in pressure that can result in them bursting out.

Another aspect to consider is flammability. According to the Aviation Law, anything that’s flammable mustn’t be brought on the plane, since such items are prone to combustion.

Although that rarely ever occurs, it’s still a matter of precaution, hence the occasional prohibitions. However, most airlines nowadays will allow you to bring your markers on-board as long as they’re properly secured.

To be safe, always make sure to consult with the specific airline you’ll be using. There are still some carriers that consider alcohol-based markers to be hazardous.

It’s a safer bet to put them in your checked-in baggage and avoid the risk of potentially losing your markers or having them combust in your lap. 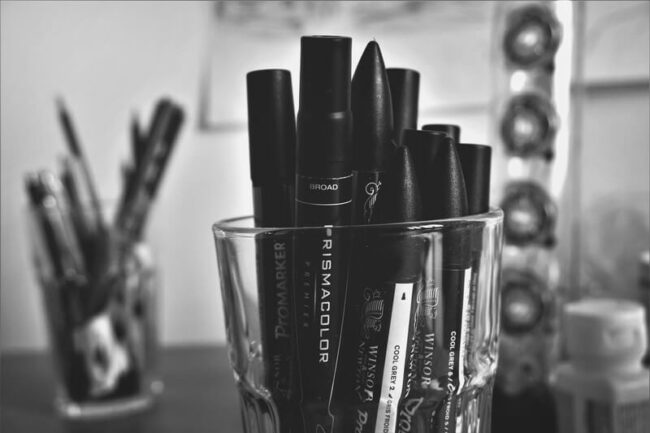 Here are more items that might seem suspicious during the security check — the smartest thing is not to bring it at all. However, if you still insist on bringing it, at least put in your checked-in baggage and seal it properly. The list goes as follows:

Transportation Security Officers often raise an eyebrow when hearing that someone wants to bring items such as oil paint on board. In their eyes, the words “oil” and “paint” are synonyms for hazard, so they won’t hesitate to throw it away.

In case this occurs, to salvage the situation, instead of using the phrase “oil paint,” say something like “These are artists’ colors made from vegetable oil.” That seems much less suspicious, and it increases your chances of traveling with it.

It can be bothersome to carry your equipment in your checked-in luggage and not be able to use it during flight. If you’re dead set on carrying your alcohol-based markers in your carry-on, then make sure to follow the tips below to ensure maximum safety.

These tips will work for checked-in luggage as well.

As we have previously touched on before, due to the difference in pressure, markers are prone to exploding. To avoid this from happening, make sure to wrap your markers in an air-tight, sealed bad safely.

You should also make sure to use more than one bag to store your markers. That way, you’ll avoid getting covered in ink in case they do explode.

This is another very useful tip. Because of the pressure buildup, once you open your markers in-flight or post-flight, slightly detach the cap in an upward position to ensure pressure equalization. If you don’t do this step promptly, it’s almost certain that your markers will combust.

3. Bring Only the Essentials

Flights can often get very long and boring, so it’s always helpful to have at least some tools around to doodle and pass the time. However, don’t bring your whole artistic arsenal with you on the plane.

In case security does decide to seize your alcohol-based equipment, it’s better to lose only 2-3 markers instead of everything. Art supplies can get very expensive, so losing it would be such a waste.

Honesty is the best policy. Traveling is stressful as it is, so being pulled over by security to check your non-labeled art supplies is a big no-no. Instead, just keep everything in its original packaging that has all the ingredients listed in the back.

That way, officers will easily be able to tell the contents of your equipment. 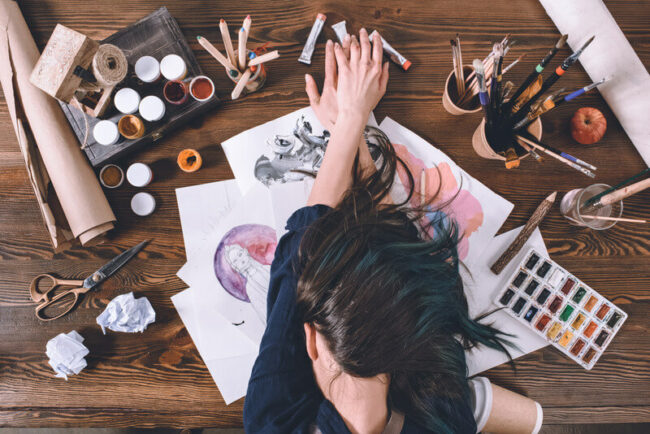 Make sure to separate your equipment from the other items in the suitcase. Also, use foam or paper padding to secure your paints and avoid damage.

Also, if you’re on your return flight and want to bring along the artwork you created during your travels, make sure to cushion all the paintings, sketches, and canvases.

This would be another precaution measure to avoid having your equipment seized and thrown away. It’s always a safer bet not to bring anything flammable on the plane.

There is an abundance of art supply stores all around the world, so finding items such as paint thinners shouldn’t be an issue.

For any materials that might be questioned by Transportation Security Officers, make sure to bring the Material Safety Data Sheet (MSDS). All art supply manufacturers are obliged by law to create these sheets, so it wouldn’t hurt to have one with you when traveling.

They are useful because they include information on fire and explosion data, such as the flashpoint temperature. If your item has a flashpoint that’s above 140° F, you should be good-to-go.

Are pens allowed in the carry-on luggage? Ballpoint pens, rollerball pens, and gel pens are usually allowed. However, refills cannot exceed 100 ml (3.4 oz). If you’re bringing your pens on board, make sure to wrap them in an air-tight plastic bag and follow our tips above to keep your equipment safe.

Can you take Copic markers on a plane? You can always bring your Copic markers in your checked-in luggage. However, not everyone will allow them in your carry-ons. Some models, such as Copic Various Ink, contain highly flammable liquids; hence, they are likely to get seized during the security check.